I’m officially back to blogging after a 6 month break, and I must thank 5 amazing ladies who, through their kindness and their friendship have given me the necessary motivation to do so. These muses are my mom, my great bloggers and friends Mimi and Ashley and a friend named Jil (Mimi’s neighbor in Oklahoma) whom I’ve never even met!

Yes, blogging, when you are a hopeless perfectionist, can become a huge pain in the butt. And so one stops posting and loses the daily habit to do so. We move on to other things… But then, people tell you that reading your posts was something that enhanced the quality of their lives and then you catch yourself rethinking the whole bloody thing. I seriously doubt that my posts make a huge difference in people’s lives, but hey, if I can make anyone feel even a tiny bit better about their day, it is very much worth reevaluating things and make blogging part of my routine again. This is why I started this blog 6 or 7 years ago. It was to share whatever I found inspiring about France, food and life in general in the hope that it would bring joy to kindred souls all over the world. Your vibe attracts your tribe they say…

Anyhow. Here is how each one of these lovely ladies (I call them my muses! It makes me feel more like Picasso or some other fancy artist. Ha Ha Ha) have inspired me to post again:

First there’s my mom of course. She is now 86 and I believe she’s let down her garde over the past few years. What I mean is that she no longer seems to worry about appearances, focused instead on what truly matters in life: her loved ones’ happiness (whatever their shortcomings may be) and her own… I recently took mom with me to Corsica for her grandson’s wedding (pictures below). She doesn’t get to travel much anymore as dad has become increasingly weak in his legs. So this was a real treat for her. It was a short flight from Bordeaux to Ajaccio, but it reminded us of a lovely memory: us in 1977 on the exact same flight. Forty years later, I got bigger and fatter and she got smaller and wiser. The flight attendant was kind enough to take a picture of us and I stuck it on top of one that had been taken on the 1977 flight… I love this little collage… One of the reasons I haven’t blogged much is that she had to have one of a hips replaced a few months back and I had to take care of her and my dad. It was my pleasure to do it, but it took a lot of my time. But even as she was there, lying in her bed, utterly vulnerable (with bone cancer to make everything even more fun for everyone involved) she never lost her positive attitude. One morning, as I was serving her breakfast and she was taking her pills, she said (and she was being quite serious): “I wonder how all those old folks manage to take so many different pills every day.” Yes, she’s 86! Her incredible disposition reminds me every day that enjoying life and sharing that joy with others (even people I don’t know) should continue to be a priority in my life. It is also, as my blogger friends know, great therapy!

Then there are my lovely readers and friends like Mimi, Ashley or Jil. These guys just know how to make me feel good about my art and the choices I make every day. Mimi is so supportive and would almost make me believe that I am a talented photographer. Ashley makes sure I never run out of BBQ sauce (impossible to find in France) because she knows that nothing makes my soul sing like a rack of ribs. And then there’s Jil… I’ve never even met Jil. All I know is that she likes to read my little blog posts and that it makes her light inside shine a little brighter. And I can feel that light shine even better from here, thousands of miles away, amplified, warm… important. Here’s a picture of Mimi and Jil. Can you feel the goodness and the love just by looking at it? I sure can! 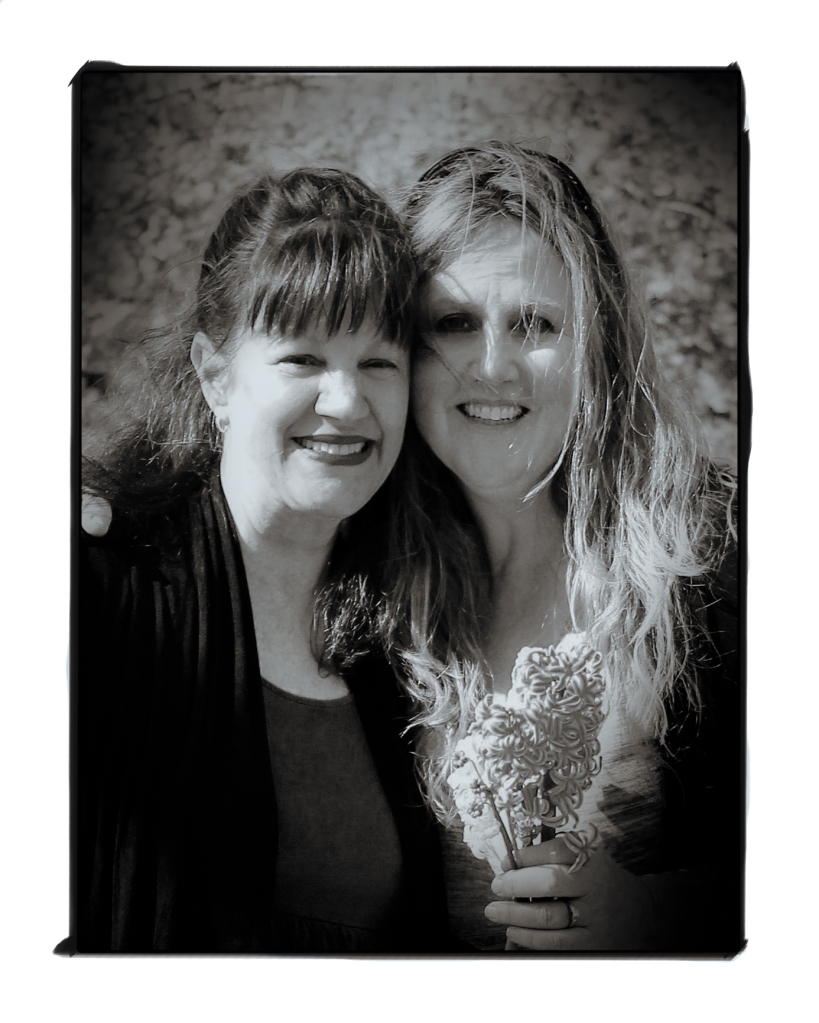 Last but not least there is the odd reader like Sadie (read her message below) who reads my post on vichyssoise and shares it with a cook lost somewhere in the far North who’d just received a box of leeks by error and had no idea what to do with them. Just the idea that your words or your photos can lift someone’s spirit or help them even in the most modest of ways is so so powerful to me. The idea that they may be living in the woods of Siberia or right down the street from me… That’s powerful too!

So here is the recipe that saved the day for some cook somewhere in the world and then, just for fun, some photos from that wedding I took mom to…

If potato leek soup has never been anything new, the French Chef of The Ritz-Carlton New York (the original one), woke up one day and decided he would serve it cold. His name was Louis Diat and the year was 1917. Louis was born near the town of Vichy in France. Soup is a feminine word in French “UNE soupe” and since ladies who live in Vichy are called Vichyssoises… there you go :0)

Louis is known to have said: “Without garlic, I wouldn’t care to live”. Personally I would add butter to the list :0)

I must say I hadn’t had Vichyssoise since my childhood, but I recently found the recipe in one of my grandma’s boxes and decided to give it a go. Maybe it would bring back some of those beloved memories… It totally did! 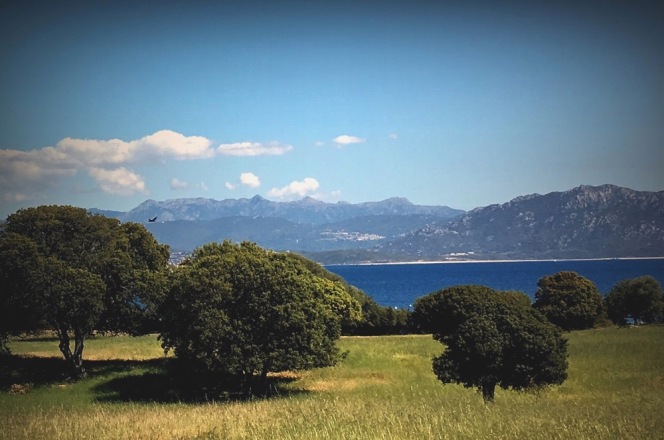 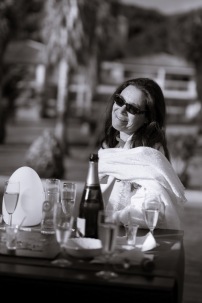 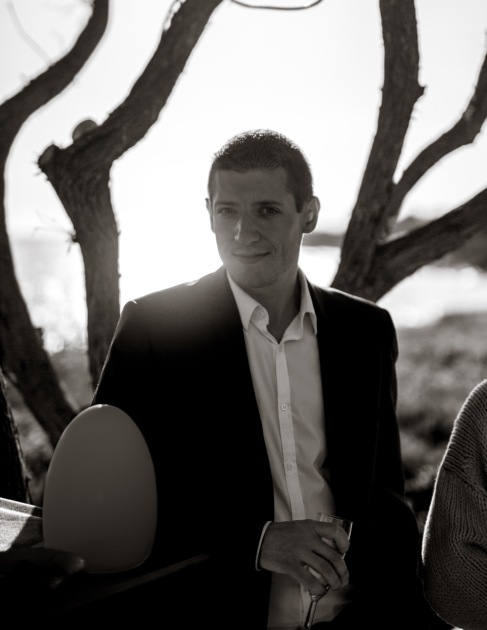 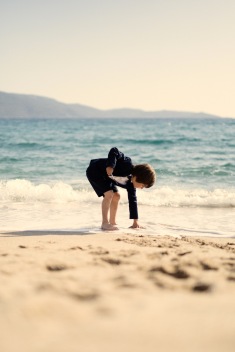 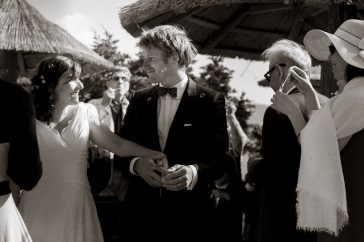 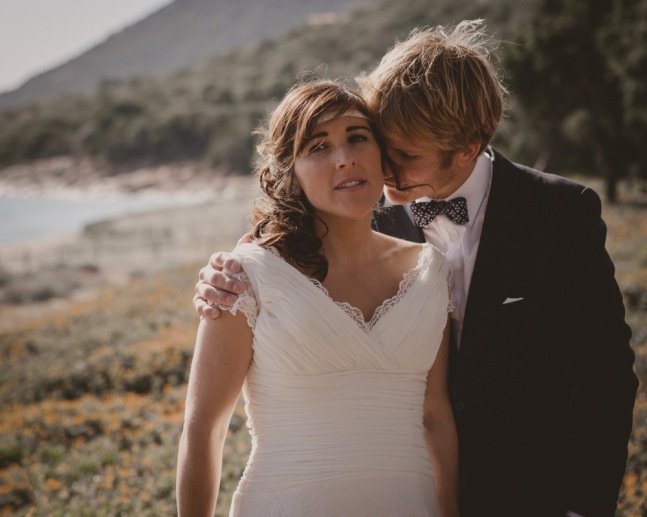 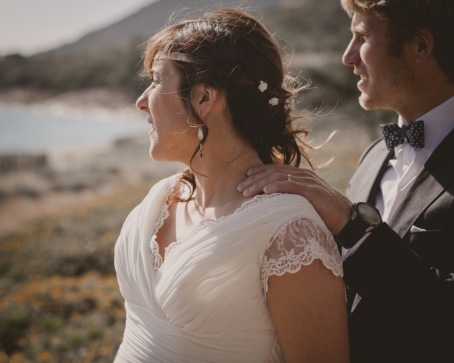 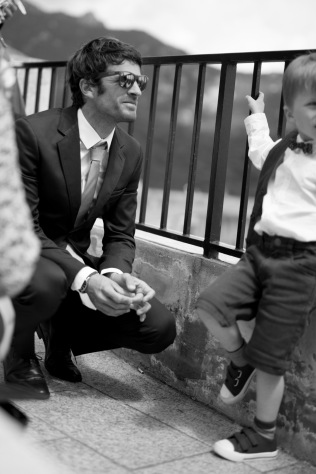