Eleanor accompanied her husband on the Second Crusade, travelling to Constantinople and Jerusalem. The Crusade was a failure. Eleanor also failed to produce a son and their marriage was annulled. She went on to marry Henry of Anjou in 1152, who became king of England two short years later. The couple had five sons and three daughters. 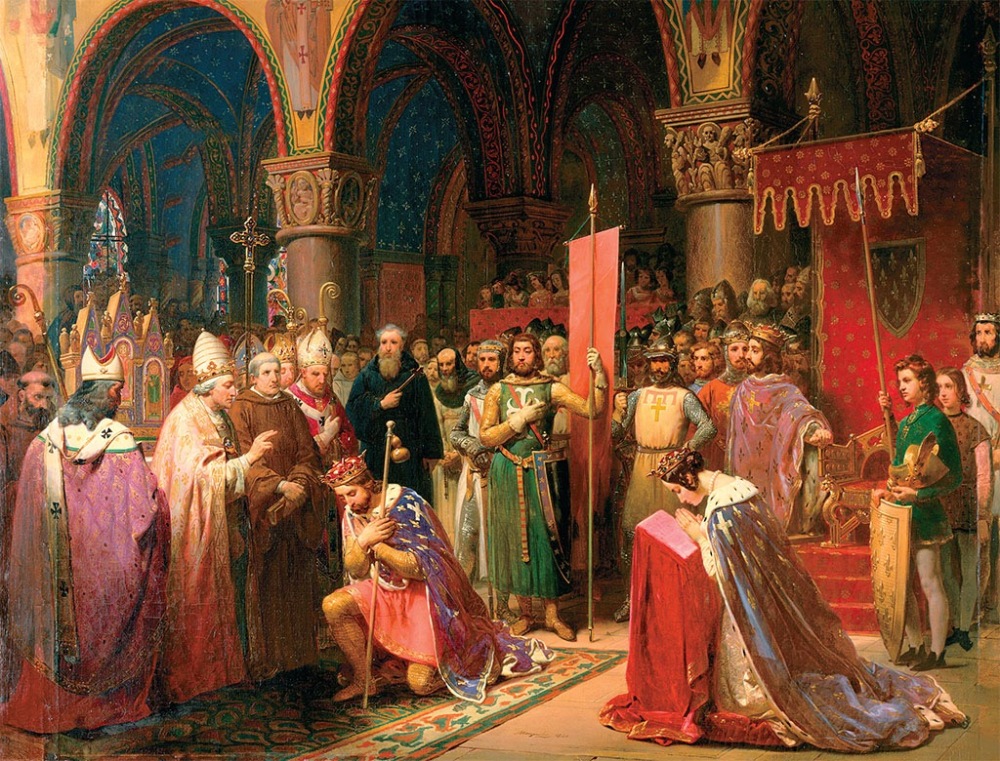 For nearly two decades, Eleanor played an active part in the running of Henry’s empire, travelling backwards and forwards between their territories in England and France. It is through their union that Aquitaine (the whole South West quarter of France) became British and remained so until the end of the 100 year war some 300 years later. So you see, I must have English blood in me! How else would you explain my love of Yorkshire pudding, fish and chips and mint sauce? Oh, and London, and Rolls Royces and tea…

Eleanor plotted with two of her sons against the king and was caught. Her son Richard (Richard Lionheart) freed her later when he became king.

In 1199, Richard died and was succeeded by Eleanor and Henry’s youngest son, John. Eleanor’s role in English affairs now ceased, although she continued to be closely involved in those of Aquitaine, where she spent her final years. She died on 31 March 1204 and was buried in the abbey church at Fontevrault next to Henry II.

Katharine Hepburn played the role of Eleanor in a movie called “A Lion In Winter” alongside Peter O’Toole.

Now, going back to what interests you and I most (FOOD) the story of the Norman conquest and the fact that for about two centuries, French was the common language for the English upper classes left a few clues behind.

You see, since the poor spoke English, farmed the land and raised the animals, the animal that you raised kept and English name. While the rich, the ones who bought and feasted on the animals, spoke French. As a result, the animal in a dish has a French name:

On the other end, we still use some English words in Aquitaine: “tu me die” means “you are killing me” for instance…

When you come visit, I will take you to visit a few of Eleanor’s castles and favorite churches ;0)